Around 2017 when I was getting into electronics, I thought of this project. It was approximately the second project I had on my mind when I started the hobby, but I never got around to making it back then.
In December 2019 though, we were going to organise the fifth edition of a party in Jeugdhuis Tronk and I wanted to make it special, which was a perfect excuse!

The idea was to make eye-catching stage lighting effects to hang behind the DJ. I made six one-meter tubes containing 60 leds each, a controller that drives them all and about 30 built-in animations. The tubes were made with WS2813 ledstrips and the controller uses a laptop charger as power supply and an Arduino Mega as the brains. The controller enclosure and end caps of the tubes were designed in Fusion 360. The caps were then 3D printed and the enclosure lasercut.

I had a lot of setbacks during this project, which caused it to take a lot more time than expected. Originally the controller used an ESP32 with WiFi so the tubes could be wirelessly controlled through ArtNet and a VJ software. There was also a microphone for a sound-controlled mode and instead of a laptop charger I utilised a computer power supply.
Due to frying the ESP, some faulty debugging and a deadline closing in, I decided to scale it back to the simpler form it is today without ArtNet and sound-controlled mode. The result however is still pretty stunning.

All code can be found on the Arduino RGB Led Tubes Controller repo on GitHub. The older version of the project which used an ESP32 is also still online on the ESP32 repository. The Arduino repo branched off of this one once I decided to scale everything down, but it still contains some more advanced features like DMX and sound-controlled mode. 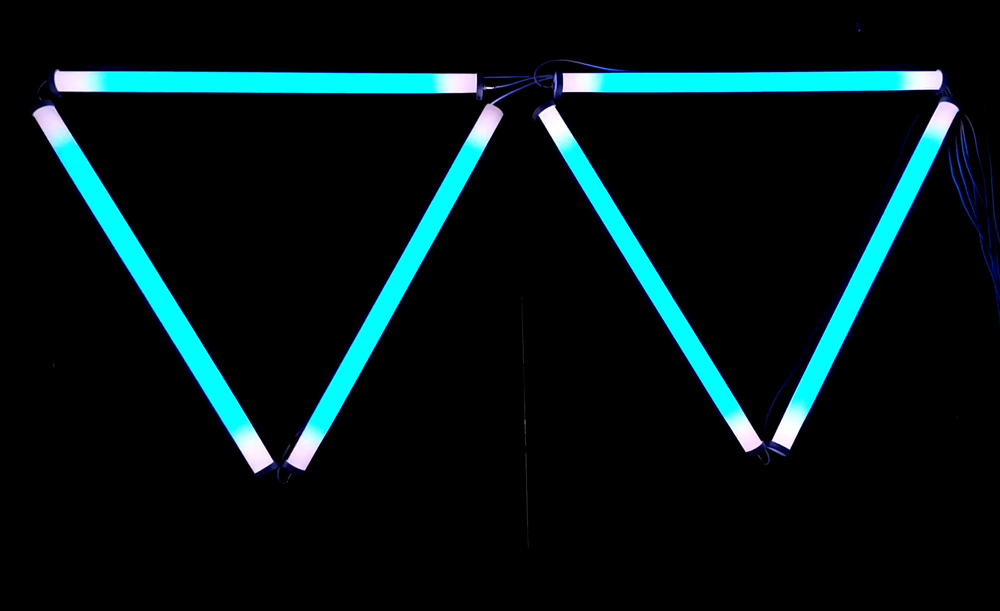 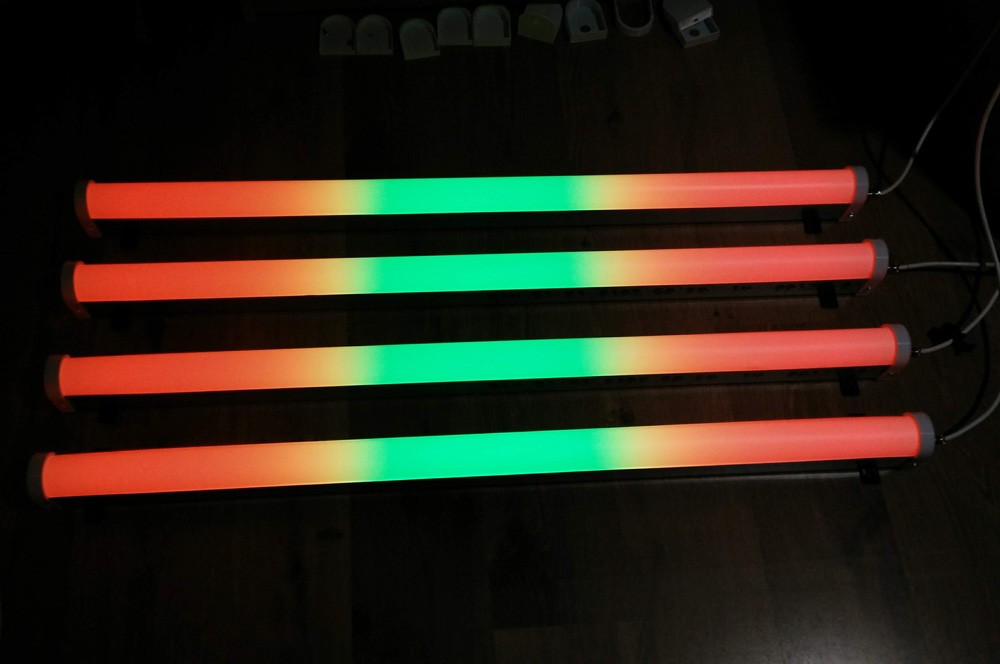 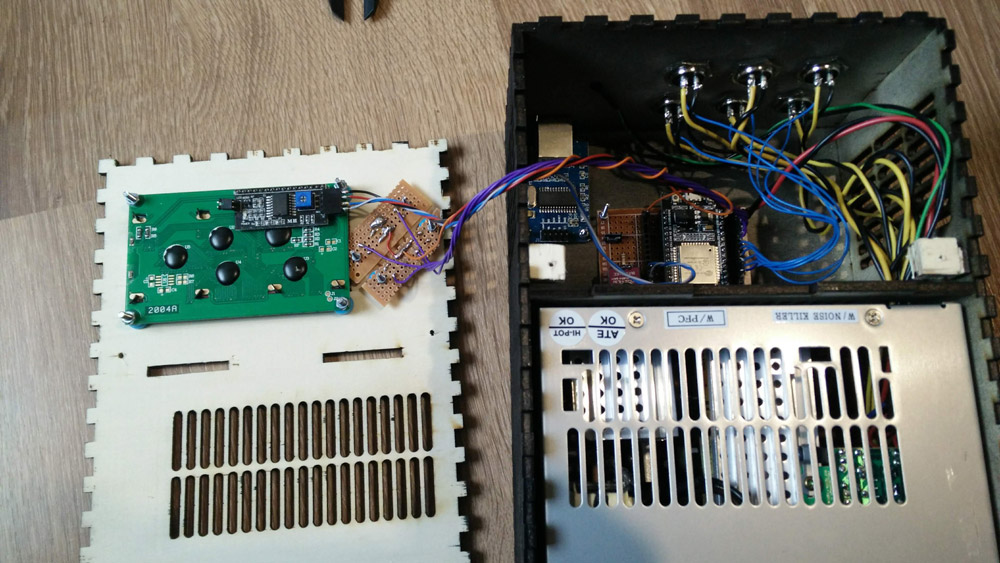 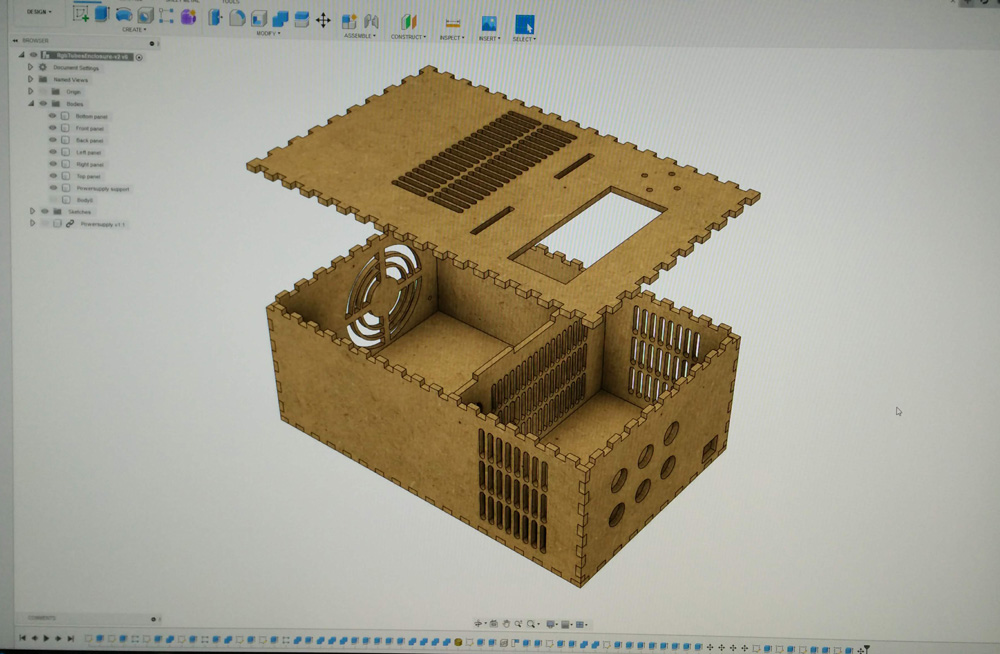 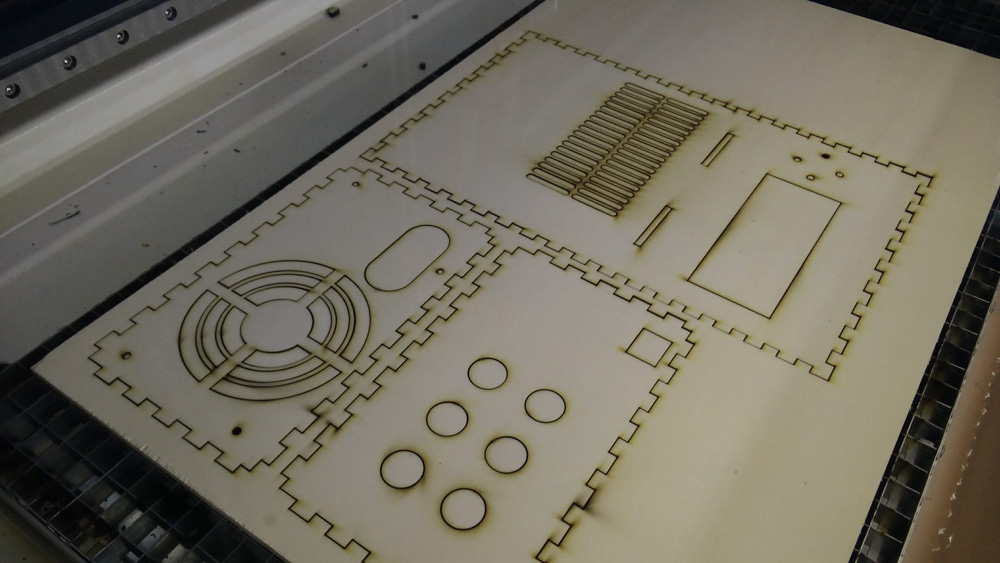